Could Your Love Survive the Throes of War?

They fought for love, freedom, home, and family while the military fought the front lines—an untold story of the WW2 Resistance underground

Harold was preparing to return home to America after a summer work experience in London when England declared war on Germany. After work one day he tagged along with his British buddies who were going to enlist in the army.

Abella watched a Nazi officer kill her father on their family farm. The increasing Nazi occupation was causing turmoil all throughout Western Europe.

Harold and Abella are brought together when their Resistance groups join forces. Under extreme duress, they manage to discover love.

On a solo mission, Abella is caught red-handed. Facing the horrors of a Nazi camp, she loses all hope of ever seeing Harold again.

The intensity of the war forces Harold to continue with the Resistance, but thoughts of Abella’s well-being were driving him mad. Will their love endure in the throes of war?

In Beyond the Walls, the destiny of Harold and Abella unfolds in their many daring and risky episodes for love and freedom in this untold story of the underground WW2 Resistance. Each of Hal’s series novels can be read as a stand-alone. 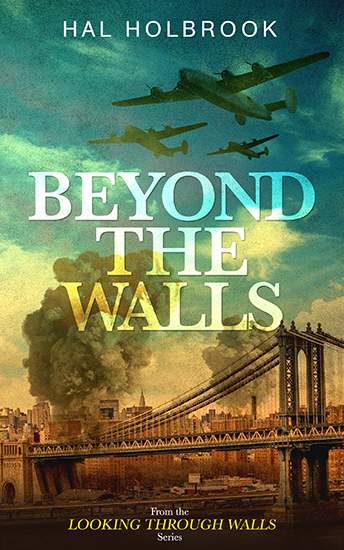